Why Czechs Are Feeling Hurt

Recently I casually mentioned in a conversation with an American friend that Czechs have had for a long time a sentiment of being hurt and being taken advantage by other nations and/or the European Union. My friend asked me where does this feeling come from, which prompted me to write this article.

I admit that I move on thin ice. I think I know history fairly well but not well enough to be able to say that the opinion I present is correct. Maybe others will have a different and better explanation.

In 14th century, when Prague was actually capital of Germany (under Emperor Charles IV) Czechs were convinced that they are a very orthodox nation (maybe even the most orthodox nation). John Huss, the famous Czech reformer, who was burnt at a stake in 1415, considered himself an orthodox Christian. Nevertheless, during the Hussite wars in the first half of the 15th century the Czechs started to be considered by other nations as a haven for heretics. Of course, Czechs did not like that.

Before the thirty years’ war the Roman Catholics made only 10 percent of the population. The rest were Reformed, Lutheran, Utraquist (Hussite), Brethren (in Anglo-Saxon world known as Moravian Brethren) and even (Ana)Baptist. Bohemia, Moravia and Transylvania were the first European countries where (a sort of) religious tolerance was legislated.

This changed after the Protestants lost the Battle on the White Mountain (1620). A violent and cruel “recatholisation” ensued, a large part of the Czech nobility was either killed or exiled and during the Thirty years’ war the population dwindled, according to some sources, from 3 million to 800 000 (this data might be exaggerated, but it definitely was a religious, political and economic catastrophe). The Habsburg rule started long before, but after 1620 the monarchy was considered an enemy of the Czech nation. Of course, this view was not held by everyone, but during the national renaissance in the 19th century this view prevailed. And the Czechs, although formally Catholic, revered John Huss as their national martyr.

During the latter half of the 19th century and in the first decade of the 20th century Bohemia and Moravia became the most industrialized parts of the Austrian-Hungarian Empire. The Czechs envied the Hungarians their position. They tried to become a third nation with equal rights in the Empire but never prevailed. They had (and fostered) a feeling that “everyone” (meaning primarily Germans and Hungarians) was against them. And they were right – at least to some extent.

I am convinced that this was caused not only by enmity of the Germans (which was, to a large extent, real) but also by lack of clever and intelligent diplomacy. The Czechs started to be good at gestures, but not so good at substance.

The creation of Czechoslovakia was a miracle. It came into existence thanks to three men, Thomas Garrigue Masaryk, Edvard Beneš and (Slovak) Rastislav Štefánik. Unlike many other Czech politicians, these men were able to negotiate and to concentrate on vital matters instead of mere gestures.

Nevertheless, the new state failed. Mary Heimann wrote a book called Czechoslovakia – a State that Failed. I would not say that she “likes” the Czechs and I feel that some of her condemnations are unnecessarily harsh, but in general I must admit that she described very well why the state had to fail.

One of the biggest problems was the enmity of the German population, which never identified with the new state. There were more Germans in Czechoslovakia than Slovaks. The German had all civil rights as everybody else (e. g. Hungarians living in South Slovakia or the Ruthenes in the Carpatho-Ruthenia in the East), but did not get the same support for their industries and businesses as the Czechs or Slovaks did. And the State (not speaking of the Czech and Slovak population in general) did not even try to win their loyalty.

Between the Wars, Czechoslovakia had enemies on all sides, with the exception of Rumania, with which it shared only few kilometers of common border in the East. It was the most democratic state of all, and it was economically successful, but the shape of the state was militarily indefensible.

Communists became the strongest political party in the last free elections which took place in 1946. In 1948 they very cleverly seized power. Those who opposed them made several silly political moves which sealed the fate of democracy in post-war Czechoslovakia.

I will not dwell on the development in the late sixties and the whole Prague Spring episode. After the Hungarian Uprising of 1956 it was clear to any intelligent person that Czechoslovakia cannot expect any military help from the West. Nevertheless, the Czechs had again an ample cause for feeling alone, abandoned – and betrayed. (I remember meeting Professor Polák, a Communist in charge of indoctrination at the Theological Faculty where I studied, on the street a few days after the invasion of the “brotherly armies” of Soviet Union and other four Communist states. He was crying when he told me: “Comrade Drápal, Moscow betrayed the international workers’ movement.” He definitely felt betrayed by the state on which he staked his hopes for the better future of mankind.

Transition to the new order after the Velvet revolution was not smooth, either. I will not discuss in detail different affairs which caused mistrust of the “high politicians”.

Generally, I would say that the feelings of being alone or even betrayed were to some extent justified. But harboring this sentiment is toxic. From time to time, we see in history people like our first President T. G. Masaryk or the first President after the Velvet Revolution, Václav Havel, who raised above this sentiment. But a large segment of population embraced this sentiment. After all, feeling like a victim is easy. It is not your fault – it is the others who take advantage of you. And there were so many incidents of treason – it will be better not to trust anyone.

European Union is a very complicated institution and it has many serious system faults. But when the Czechs compare it to “Hitler” or to “Soviet Union”, they take the easier road. Unfortunately, this road will not take us anywhere. And the feelings of self-pity, plus the dissemination of the opinion that we cannot do anything about it, may take us to places where we would not like to be at all. 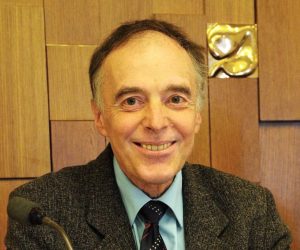